Humanizing Deportation is a community based digital storytelling project that documents the human consequences of contemporary regimes of migration and border control in the United States and Mexico. Since early 2017, with funding from various grants, and institutional sponsorships from both UC Davis and five Mexican partner institutions, our teams in six Mexican cities, California and Ecuador have offered a platform for migrants to share personal experiences regarding borders, migration and repatriation on our bilingual open access website. Community storytellers work with our academic teams to produce digital stories (testimonial audiovisual shorts) focusing on the issues they think need to be made known regarding contemporary experiences with border and migration control mechanisms. The archive demonstrates great breadth, bringing together stories of a range of profiles of migrants, as well as the great diversity of often devastating consequences of forced displacement. Our archive presently houses over 400 digital stories by some 350 different community storytellers. It is the world’s most robust public qualitative archive of its kind.

For a more detailed description of the project, see our entry in the Oxford Research Encyclopedia of Latin American History 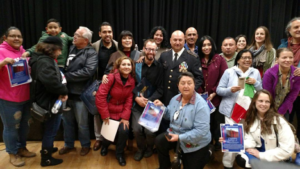 Our project employs digital storytelling in order to allow migrants to tell their stories from their own perspectives, in their own words, with their own visual design, and to get across their own arguments. Digital storytelling aims to bring digital media production techniques to communities, allowing individuals, including those with little formal education or multimedia experience, to produce their own testimonial audiovisual shorts consisting of personal narratives and accompanying visual materials. This genre permits what has been called an important new form of “vernacular creativity” that effectively allows communities to speak for themselves. It is not documentary film, nor ethnography, nor investigative journalism; it does not aspire to a high level of technical quality, but rather employs a DIY/bricolage style in which the voice of the community storyteller is the most fundamental element. Likewise as its diffusion is primarily by internet, and our aim is to make all stories easily streamable, our stories run an average of five or six minutes (with longer ones often divided into multiple chapters). Humanizing Deportation is ultimately a community archive; participating storytellers are the authors and directors of their videos, owners of their intellectual property rights. 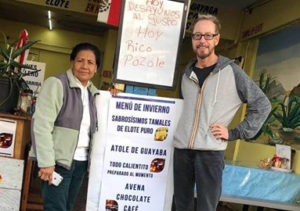 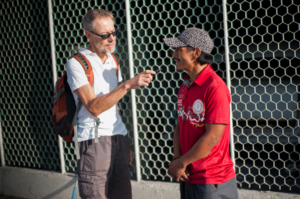 Launched in Tijuana, which has been the epicenter of migration and deportation visibility in North America, through a collaboration between researchers at UC Davis and El Colegio de la Frontera Norte, Humanizando la Deportation expanded in 2018 to the metropolitan areas of Mexico City, Guadalajara, Ciudad Juárez and Monterrey through new collaborations with Tecnológico de Monterrey, Universidad Autónoma de Chihuahua, and Universidad de Guadalajara. Beginning in fall of 2018, with the arrival of the highly sensationalized caravan of Central American migrants to Mexico, migration dynamics shifted notably in Mexico, with many of the same trends of migrant deterrence, detention and deportation seen in the US becoming prominent in Mexico, as well. Since that time our fieldwork teams in Tijuana and Ciudad Juárez, as well as Tapachula (in collaboration with Universidad Autónoma de Chiapas), have offered our platform to migrants in transit, many of whom have become increasingly vulnerable to detention and deportation while crossing Mexico. The project has also become more active in California, producing stories of migrants who have been deported, who have experienced family separation due to deportation, or live under the shadow of deportability. We’ve also produced stories with migrants in Ecuador, and, working remotely, with community storytellers in Honduras and Colombia. 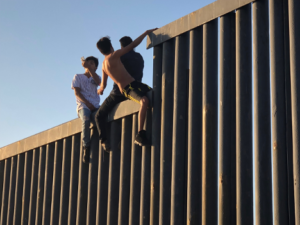 Key issues that the archive makes visible include: the devastating effects of family separation; the special difficulties faced by childhood arrivals who may have little or no experience in or direct connection to Mexico; the ethical paradox seen in the deportation of US military veterans; the excessive hardships faced by many deported migrants for whom this forced displacement is highly traumatic, sometimes leading to debilitating conditions including depression, addiction and homelessness; lack of adequate services to help orient and incorporate deported Mexicans into the workforce and society; vulnerability of deported migrants to organized crime and police harassment; institutionalized hostilities toward migrants among authorities in both the US and Mexico; lack of accountability of migration agents, inviting violations of due process, and abusive and sometimes illegal actions; the use of deportation as an excessively cruel form of punishment for migrants; the extreme rigidity of migration laws and policies that make it difficult for authorities to avoid subjecting migrants to traumatizing circumstances. Many humanitarian issues became more pronounced with during the covid-19 pandemic, especially for refugees and other vulnerable migrants moving northward through Mexico to the US border, which has been closed to most asylum seekers since March of 2020.

Uses of the archive

This community archive is freely available to the public. It is an excellent resource for learning about the human consequences of deportation laws and policies in North America. It can be used for public outreach and education. It is also an excellent research tool. Individual stories have been used as evidence in immigration court cases. In addition, stories provide evidence for policy recommendations being formulated by UC Davis’s Global Migration Center, and elsewhere. The “For Researchers” tab offers an extensive thematic index to help users located stories that focus on specific areas of interest, as well as recommendations for citing our digital stories in academic publications. The “Key Issues” tab links to a series of short reports, each of which draws from several digital stories from the archive. Finally, the “Media and Publications” tab provides links to a wide range of media stories, academic and nonacademic publications, and public event recordings that focus on material from the Humanizing Deportation archive. 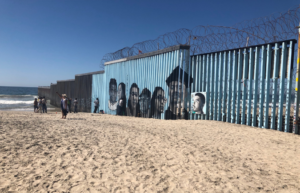