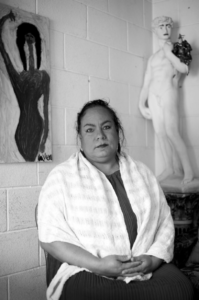 117. The deportation took away what I most wanted

“When I was deported, it was a day that I didn’t… It was a day that I was left without a place to live. I went to a shelter and slept. The next day they took me out at six in the morning, it was raining. We went to sleep under a bridge given that it was raining that day… The immigration officer told my mother that she has two options: fight for her son’s case or that I sing the voluntary departure forms – my mom told me to sign the voluntary departure forms, so that’s what I did.”

117. The deportation took away what I most wanted