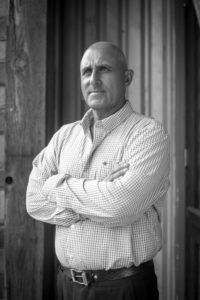 “Did you know that Apá died””, “Oh really?” I said, I was thinking about that all day. It was so sad, man. Next day I woke up early and got worried about him. I wondered: did somebody tell his family? In fact, I went to a shelter where he used to live and I asked if they had informed his family. They told me they didn’t: “Where? How?” What happens is that the police here, when they catch you, they take all your documents, throw them away and that’s what they do, they take their money and that is why deportees oftentimes don’t have documents.”

17. Returning home the way it should be

“As time passed by, I had two deportations…. I returned to the U.S. and had another little problem that had to do with migrating. When immigration caught me, they said I would be taken to an immigration judge. They told me to sign a paper they gave me because the bus had arrived. I signed the paper without reading it and afterwards I realized it was a voluntary departure. After that, I came to a country that I do not really know… Nothing is easy at all in Mexico.”

“Life in El Bordo… We were divided into three groups: there was group 1, where they were pure addicts, those who used heroin. Only they could be in that area. There was area number 2, which was where “the Tonayan”, as they were called, used to be.” Tonayan is a liquor that they sell here in Tijuana, very cheap. In fact, a bottle costs six pesos. It was the only thing they could afford and it was what they drank.

17. Returning home the way it should be