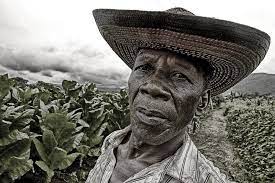 320a. Testimony From a Colombian about the FARC: Part I

In this narrative, a Colombian recounts and describes what his childhood was like as a peasant in his country. From an early age he had to take care of his entire family and was never able to go to school. He also narrates how the FARC, a guerrilla group, arrived and the peasant community thought it was the army. The FARC arrived with the intention of recruiting people from the community and then the FARC became the authority of the entire town and region. He refused to join them and therefore had to flee the country.