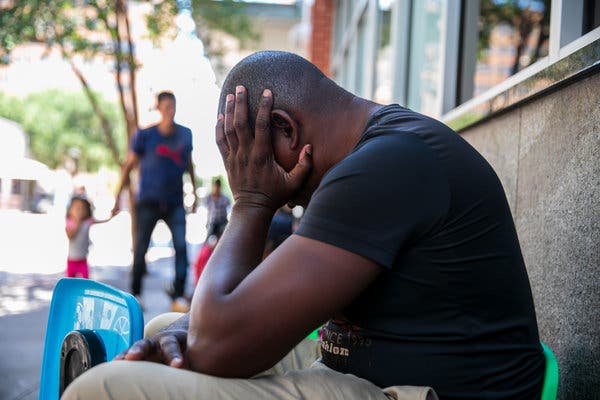 Gilmore begins his narrative with his peaceful childhood in Cameroon and the subsequent discrimination he not only witnessed but experienced as an Anglophone, an English speaker. When Gilmore tried to enroll in university, he could not get admission because of his identity as an Anglophone speaker. Eventually, he received his license to practice law, but later faced linguistic challenges in the courtroom because of inadequate translations from French to English. After suffering marginalization in all facets of his life by the Cameroonian government, Gilmore and other lawyers went on strike and took to the streets to protest. After being arrested and later released, he was targeted by the state for opposing the government. For this reason, Gilmore fled Cameroon for Ecuador to begin his journey north with the hope of receiving asylum in the U.S. After indescribable difficulties in the Darien Gap and in Central American countries, Gilmore arrived in Mexico. After being in a detention camp in southern Mexico, he is now awaiting passage to get to the Mexico-U.S. border. Due to errors in his visa application, he is currently trapped in Tapachula, Mexico, unable to mobilize north without a humanitarian visa.