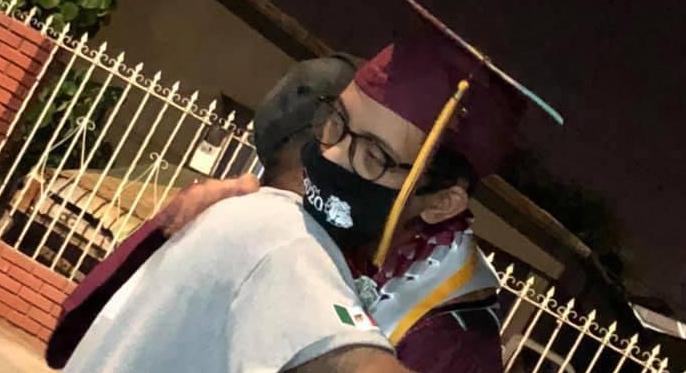 312. Child of Deported Parent: Living on Two Sides of the Border

A UC Davis student from a border town tells his story about his upbringing both in Mexicali, Baja California and Calexico, CA after his dad’s deportation. After moving to Calexico, he lived with his family crossing the border everyday to obtain education in the US while still keeping his family together. After years of living this way, he has been able to overcome the obstacles of language, social differences, and the trauma that came with the deportation. He has also been able to reflect on it enough to be able to realize that the perspective of a child following deportation has never been represented to him. He feels that it is important to talk about these issues to understand what happens in these scenarios. At the end, there is a clip of an extended family reunion for his dad’s birthday party where his dad was able to see his family after years of separation.