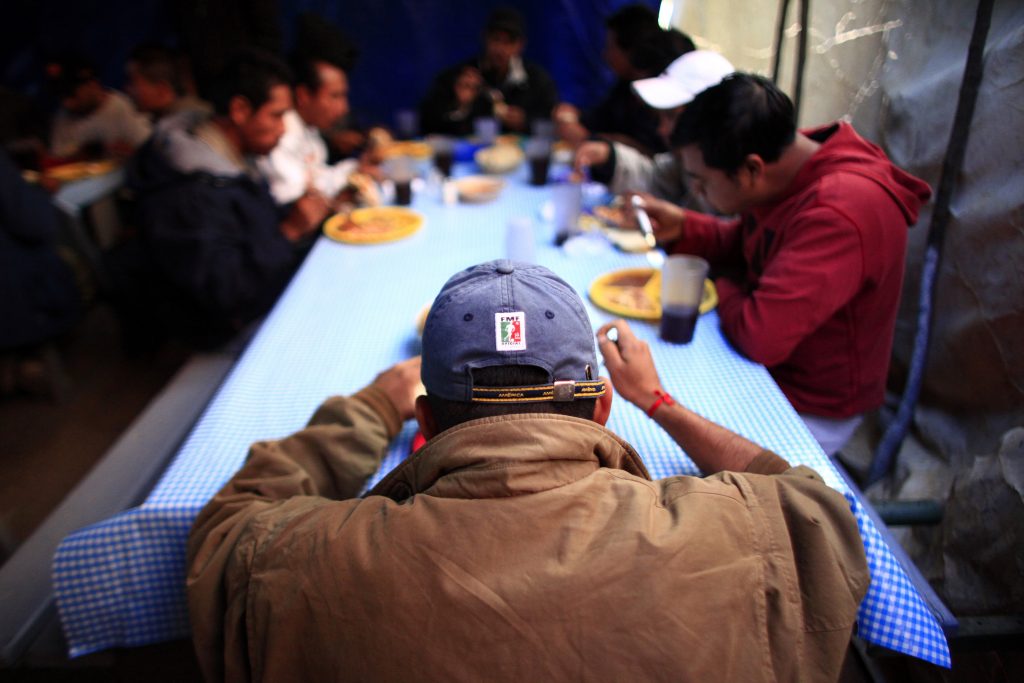 Finally, this Mexican migrant tells us how grateful he is to the person in charge of the shelter where he is currently living, since it is difficult for a migrant who has been deported to rent a room in Tijuana, due to Tijuana residents’ lack of information; they believe that if a person was deported it is because they committed a crime. The migrant also tells us how it is difficult to adapt to living at the border, because he does not earn the same as in the United States, and he even says that he earned more working in prison than working in Tijuana. Sometimes he thinks he would like to return to the United States, but he is aware that if he returns and is arrested, he will go back to jail. He also misses his freedom very much and never wants to go back to a prison cell again. Finally, he wants people to know that not all migrants go to the United States to take jobs, many flee because there is a lot of violence and poverty and for that reason they leave their countries. They also contribute culturally to the United States.